PASSIVE PREAMPLIFIERS
​
I like passive preamplifiers. Contrary to popular belief, alot of the time there is no need for an active preamplifier to control a power amp.
If a power amplifier has an input sensitivity of around 1v, it should not really need an active stage before it to drive it.
Most audio sources output around 2v rms from their output jacks, as this is around the red book standard for cd, and it is perfectly sufficient to drive most power amplifier inputs. Indeed some audio sources have a varible level control which allows them to drive the power amplifier directly and have the volume controlled by the remote control for the source component. An example is the squeezebox classic, which i use as my main source component.

A passive preamp can sound fantastic, and is certainly not a poor relation to an active preamplifer. any additional stage in the audio chain can add colouration or noise to the sound, but a passive has an advantage here as it has so little in the signal path to alter the sound quality. The better quality the attenuator, the clearer and cleaner the sound can be.

i personally use a passive attenuator on the front of my kt88 valve amp in the form of a 100k alps black beauty and am very happy with it. infact, its probably the only component in that amp that ive never changed!
There are other established companies offering passive preamplifers, such as nva, tisbury audio, creek and goldpoint, so if you do choose one of mine, thankyou very much! Cheers anthony 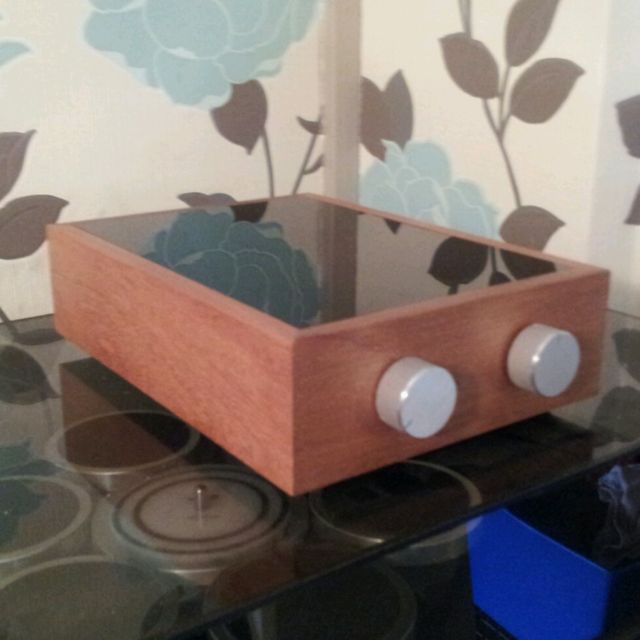 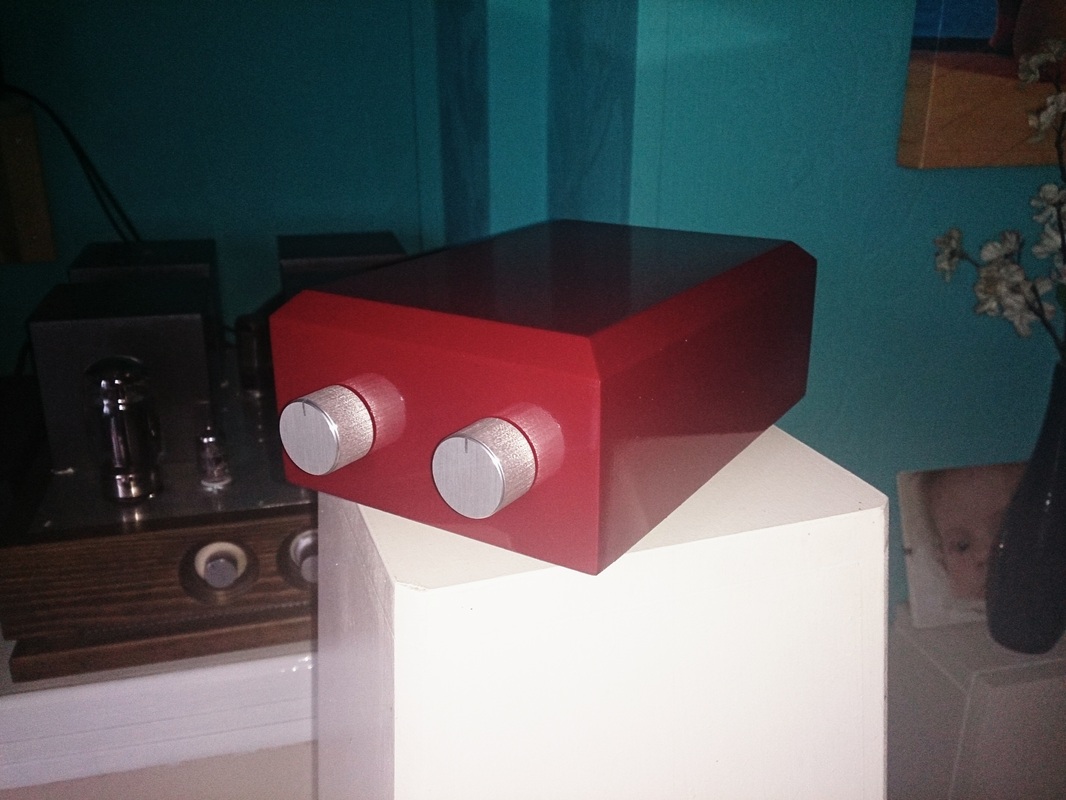 This passive pre is a 3 input, Fixed output and Variable output version. It uses a stepped attenuator and includes gold plated phono sockets. it is built using american black walnut and has a black perspex insert in its top 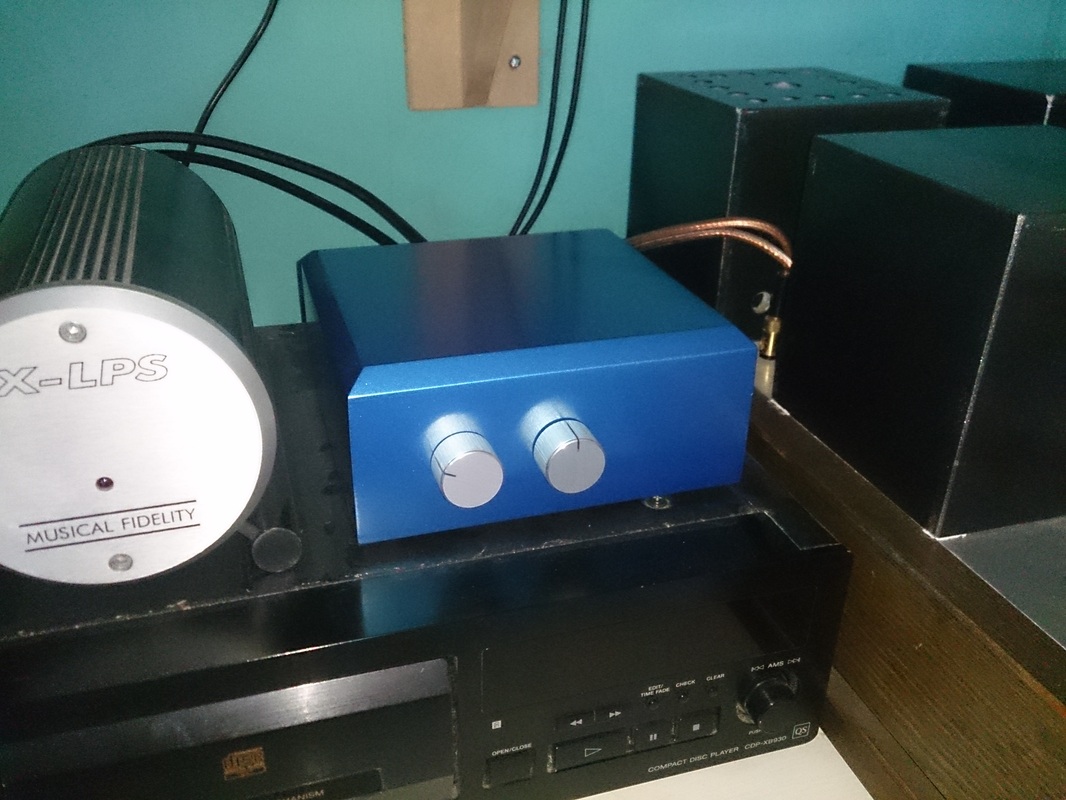 This passive was built to match the customers PMC speakers and features a balanced xlr output, a normal single ended output and 3 inputs. The attenuator is an ALPS Blue Velvet. The balanced output is achieved using Sowter 3575 balancing transformers on the output of the attenuator to split the signal to feed the PMCs directly. The single ended out was added at the last minute as he had bought a papworth valve power amplifier. This pre can now feed both the power amp and the PMCs 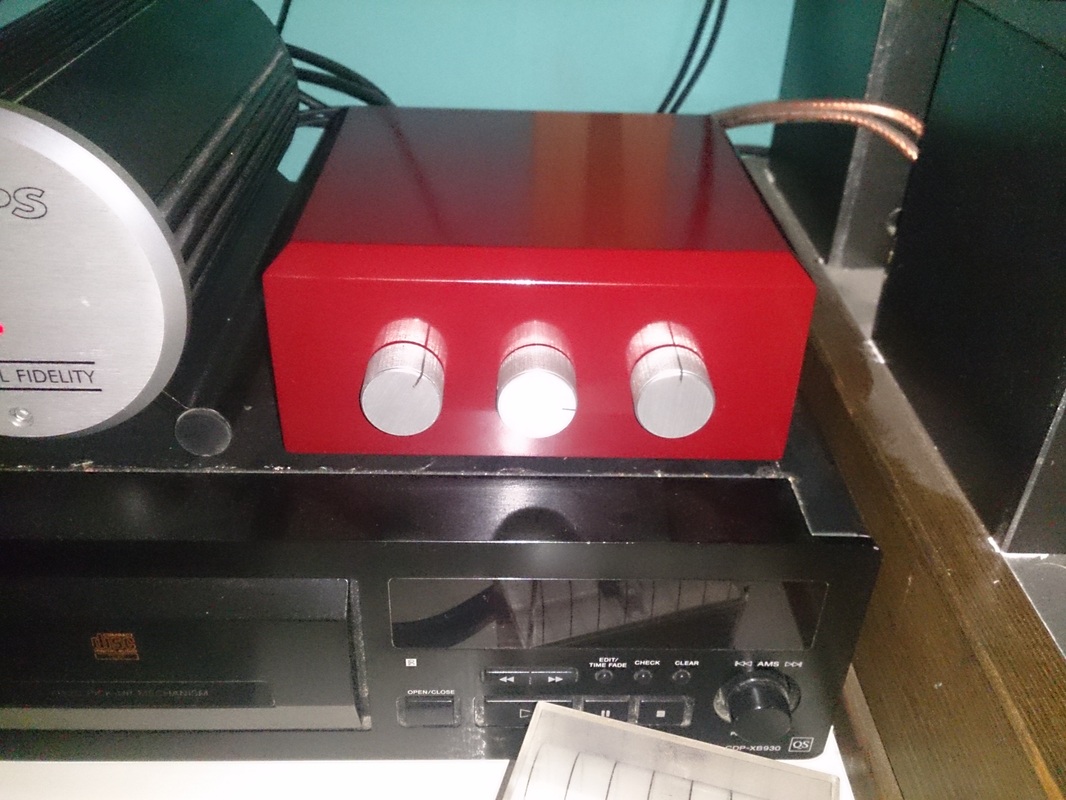 This pre features 3 inputs, a variable output and a Sub input and output. In order to do this, the attenuator is a 4 channel ALPS blue velvet. 2 channels are for the stereo output and one is used for the sub in and out. Based on the customers partnering equipment, it has been built with a single input jack and dual output jacks with the same signal fed to each. The 3rd control is a switch to switch the sub channel on and off
copyright Anthony Cresswell 2012